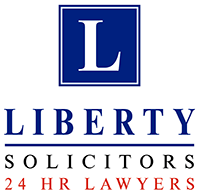 As family law specialists; Liberty Solicitors can help with cases of Domestic Violence in Bradford, Leeds & West Yorkshire. Our legal experts can help advise you on how to protect yourself via the law; for example with an Injunction or an undertaking.

What is an injunction?

An injunction is a court order which requires someone to do or not to do something. Because it is a court order it must be obeyed. If it is not obeyed then the court can punish the wrongdoer by sending him to prison or fining him.

I’ve heard about non-molestation injunctions; what are they?

A non-molestation injunction is a court order telling a person not to hit you; in other words telling him to obey the law. Non-molestation injunctions can also order a person not to threaten, harass or pester you and that can include many types of serious behaviour other than assault, e.g. to stop persistent telephone calls, to stop the man hanging around your place of work. The order usually lasts for 6 months but can be made for longer periods of time.

The law was changed in 2007 to make breaking a non-molestation order a criminal offence.

What is an occupation order?

This is a court order to control who may live in the house and who must not live there. Court orders can require a person to move out and can also state that a person who has already left should not come back. The order can last as long as the court thinks you need protecting but a court will normally put a limit of 6 to 12 months on an order. That is normally enough time for the situation to calm down.

If you have property rights in respect of the home then court orders may be made for a fixed period or until further order. If you do not have any existing entitlement to the home then initially court orders may not exceed 6 months. It is possible for the order to be extended depending on the circumstances of your case of Domestic Abuse in Bradford, Leeds & West Yorkshire.

You can usually only get a man out of the house that you share with him if you or your children are at risk of further violence or threats, or you or your children’s health or well-being is being badly affected. The court has to make such orders as it thinks just and reasonable after looking at all the circumstances and balancing up the harm that it might cause to each of you and the children by making or not making the order. A power of arrest can be attached to an occupation order.

It is also possible to ask the court to make orders about who should pay the rent or mortgage and who should keep the furniture after one party has been ordered to leave the house.

The Family Law Act 1996, allows tenancies of rented properties to be transferred into the name of a married person, civil partner or a cohabitee. A court order has to consider all the circumstances of the case to decide whether a transfer of the tenancy is appropriate in particular circumstances. Courts can also order payment of compensation to the outgoing Tenant if a tenancy is transferred.

How can I enforce an injunction?

Any person who breaches a non-molestation order will be brought before the magistrates’ court instead of the county court, making breach of civil non-molestation orders a crime. This means there will be no need for a power of arrest on such orders. New sentencing guides have been published for such breaches.

The sentencing options for crimes are much wider and will normally involve a full enquiry into the background of the case. Probation orders, community sentences and attendance on courses aimed to change behaviour are useful options which are now available.

Breach of occupation orders for a case of Domestic Abuse in Bradford, Leeds & West Yorkshire is contempt of court and can be punished by prison or a fine.

Who can apply for an injunction?

The family law act 1996 has extended the law to enable “associated” persons to apply for non-molestation injunctions as well as married persons, civil partners and cohabitees. You may be a mother suffering violence from your adult son; a homosexual man who needs protection from a partner with whom he is living; you may be engaged to, but not living with your violent boyfriend.

Applications can be made to magistrates’ court, a county court or the high court. Williscroft will advise you which is the best court to use for your application regarding your case of Domestic Violence in Bradford, Leeds & West Yorkshire.

How quickly can I apply for an injunction?

If it is just and convenient to do so, the court may make an injunction even if the man has not been given notice of what you are doing. The circumstances when this may be appropriate are for instance where you or your child may be at risk of significant harm as a result of a man’s conduct or where you would not carry on with your case unless you had protection straightaway. The temporary injunction will only last for a few days after which there will be a further court hearing when the man will be given an opportunity to defend the allegations made against him and attend the court. In this situation you will have to go to court twice.

In less dangerous situations the man is given at least two days’ notice of the court hearing. He will be given a chance to explain his point of view. He could give an undertaking (a promise) to behave in the future without admitting that he has done wrong. An undertaking can be enforced like an injunction but you cannot have a power of arrest on an undertaking and breaking it is not a criminal offence. If the court finds there has been violence or a threat of violence the court cannot accept an undertaking. We will discuss with you if this is a good option for you. Sometimes the courts will not allow these promises in very serious circumstances

Could I get help to pay for a solicitor?

Yes, providing you are financially eligible; you will be if you are on income support or a low wage. If you claim tax credits or have a reasonable income you may be expected to make a financial contribution by monthly instalments towards your legal costs. In this case it may be possible to ask the man to reimburse you for most of your legal costs. Your case should not need more than one month’s contribution if all you need is an injunction.

Your solicitor will be able to advise you whether or not you have to pay anything and will be able to give an estimate to how much any contribution might be. If you are uncertain about the cost you can always ask us to discuss costs at the beginning of the interview and then you can decide whether to proceed any further. There are also special eligibility rules now for domestic violence cases.

How would I go about applying for an injunction?

If you feel you have been a victim of Domestic Abuse in Bradford, Leeds & West Yorkshire or the surrounding areas, firstly arrange to see your solicitor. We can normally see people the same day and often straight away. We can also arrange home visits. If your situation is really frightening you may want to arrange safe accommodation first. This may be with friends, relatives or in a hostel. Hostel places can be arranged by social services, emergency duty teams or the police if it is late at night.

When you come to see us we can explain details of the court procedure to you. When you see a solicitor it may be difficult to remember everything she tells you. You may wish to bring a friend with you or a list of questions to ask. We will always confirm in writing the advice we have given you. If you have time it may be helpful to write down notes about what has happened to make sure you don’t forget anything. Don’t feel you have to be rushed into making any decisions about the future of your relationship; you can get an injunction first while you think over what you want to do.

Going to court about your relationship is a drastic thing to do. It may be that a letter from your solicitor might work to calm things down or persuade the man to move out, giving you time to sort things out and preventing escalation of bad feelings. It is important to know that help is available for cases of Domestic Violence in Bradford, Leeds & West Yorkshire, and our legal experts can offer advice based on a wealth of knowledge and experience.

How Can We Help You?

Out of hours / Emergency